A woman dies in a mysterious car accident. Her brother, a hacker nicknamed Nick FREE, is determined to find out what really happened using his computer technology skills. But in the process he will have to face his inner fears.

Jesús Manuel Montané directed One: Secret Legacy, in 2008 which had its world premiere at Cannes' MIPCOM. In 2011, he made a great leap with the live action film Ushima-Next, which features heavy CGI effects and premiered at the Official Section "Noves Visions" of the Sitges Fantastic Film Festival. It stars noted playwright and Nobel nominee Fernando Arrabal, who created the "Panic Movement" together with Alejandro Jodorowsky (The Holy Mountain, produced by John Lennon) and Roland Topor (Fantastic Planet), from which the movie took its inspiration.

Since then he's been creating, directing and shooting advertising campaigns for BASF, Dolby Laboratories, Nokia and Samsung, among others, and developing the revolutionary transmedia project The Cabinet of Fear. You're invited to watch the presentation video at http://www.youtube.com/watch?v=dR_gaB7I9qA&t=9s

Product placement on steroids. Lets discuss integrating your brand on any level you like.

A Clockwork Orange, Time After Time,

Halloween, Mozart in the Jungle

the cabinet of fear

Eddie Flanagan (Bruce Willis) is a San Francisco cop, jaded and cynical. In twenty years on the job, he has seen just about everything - everything that is until a beautiful young lawyer is brutally murdered in one of the city's trendiest neighborhoods. As any good cop knows, murder cases often take unexpected turns, and in Ocean Beach what starts out as a routine homicide investigation quickly turns into something far more frightening and far more bizarre.Written by Stephen Downing

This is a Bruce Willis movie directed by Brian De Palma so use your imagination and think about your brand then talk to us.

Brian De Palma is one of the well-known directors who spear-headed the new movement in Hollywood during the 1970s. He is known for his many films that go from violent pictures, to Hitchcock-like thrillers.

Born on the 11th of September in 1940, De Palma was born in New Jersey in an American-Italian family. Originally entering university as a physics student, de Palma became attracted to films after seeing such classics as Citizen Kane (1941). Enrolling in Sarah Lawrence College, he found lasting influences from such varied teachers as Alfred Hitchcock and Andy Warhol.

At first, his films comprised of such black-and-white films as To Bridge This Gap (1965). He then discovered a young actor whose fame would influence Hollywood forever. In 1968, de Palma made the comedic film Greetings (1968) starring Robert De Niro in his first ever credited film role. The two followed up immediately with the film The Wedding Party (1969) and Hi, Mom! (1970).

After making such small-budget thrillers such as Sisters (1972) and Obsession (1976), De Palma was offered the chance to direct a film based on the Stephen King novel "Carrie". The story deals with a tormented teenage girl who finds she has the power of telekinesis. The film starred Sissy Spacek, Piper Laurie and John Travolta, and was for De Palma, a chance to try out the split screen technique for which he would later become famous.

Carrie (1976) was a massive success, and earned the two lead females (Laurie and Spacek) Oscar nominations. The film was praised by most critics, and De Palma's reputation was now permanently secured. He followed up this success with the horror film The Fury (1978), the comedic Home Movies (1979) (both these films featured Kirk Douglas, the crime film Dressed to Kill (1980), and another crime thriller entitled Blow Out (1981) starring John Travolta.

His next major success was the controversial, ultra-violent film Scarface (1983). Written by Oliver Stone and starring Al Pacino, the film concerned Cuban immigrant Tony Montana's rise to power in the United States through the drug trade. The film, while being a critical failure, was a major success commercially.

Moving on from Scarface (1983), De Palma made two more movies before landing another one of his now-classics: The Untouchables (1987), starring old friend 'Robert de Niro' in the role of Chicago gangster Al Capone. Also starring in the film were Kevin Costner as the man who commits himself to bring Capone down, and Sean Connery, an old policeman who helps Costner's character to form a group known as the Untouchables. The film was one of de Palma's most successful films, earning Connery an Oscar, and gave Ennio Morricone a nomination for Best Score.

After The Untouchables (1987), De Palma made the Vietnam film Casualties of War(1989) starring Michael J. Fox and Sean Penn. The film focuses on a new soldier who is helpless to stop his dominating sergeant from kidnapping a Vietnamese girl with the help of the coerced members of the platoon. The film did reasonably well at the box office, but it was his next film that truly displayed the way he could make a hit and a disaster within a short time. The Bonfire of the Vanities (1990) starred a number of well-known actors such as Bruce Willis and Morgan Freeman, yet it was still a commercial flop and earned him two Razzie nominations.

But the roller coaster success that De Palma had gotten so far did not let him down. He made the horror film Raising Cain (1992), and the criminal drama Carlito's Way (1993) starring Al Pacino and Sean Penn. The latter film is about a former criminal just released from prison that is trying to avoid his past and move on. It was in the year 1996 that brought one of his most well-known movies. This was the suspense-filled Mission: Impossible (1996) starring Tom Cruise and Jon Voight.

Following up this film was the interesting but unsuccessful film Snake Eyes (1998) starring Nicolas Cage as a detective who finds himself in the middle of a murder scene at a boxing ring. De Palma continued on with the visually astounding but equally unsuccessful film Mission to Mars (2000) which earned him another Razzie nomination. He met failure again with the crime/thriller Femme Fatale (2002) the murder conspiracy The Black Dahlia (2006) and the controversial film Redacted (2007) which deals with individual stories from the war in Iraq.

Brian De Palma may be down for the moment, but if his box office history has taught us anything, it is that he always returns with a major success that is remembered for years and years afterwards.

Brian Russell De Palma is an American film director and screenwriter. In a career spanning over 50 years, he is best known for his work in genres such as suspense, psychological thriller, and crime drama. His prominent films include mainstream box office hits such as Carrie, The Fury, Dressed to Kill, Scarface, The Untouchables, and Mission: Impossible, as well as cult favorites such as Sisters, Blow Out, Body Double, Carlito's Way, Femme Fatale and Redacted.

A stylish, fast-paced, topic-driven talk show on cable features recognizable names from the worlds of sports, entertainment, business, tech, and  arts as they explore society’s gray areas. Diversity and ferocity of opinion are hallmarks of the discussions, but the show is successful if it leaves guests and viewers with more questions than answers. Sponsorship opportunities include “in show” (think the Coca-Cola lounge on America’s Got Talent) abounds, mentions, pre-rolls and more. 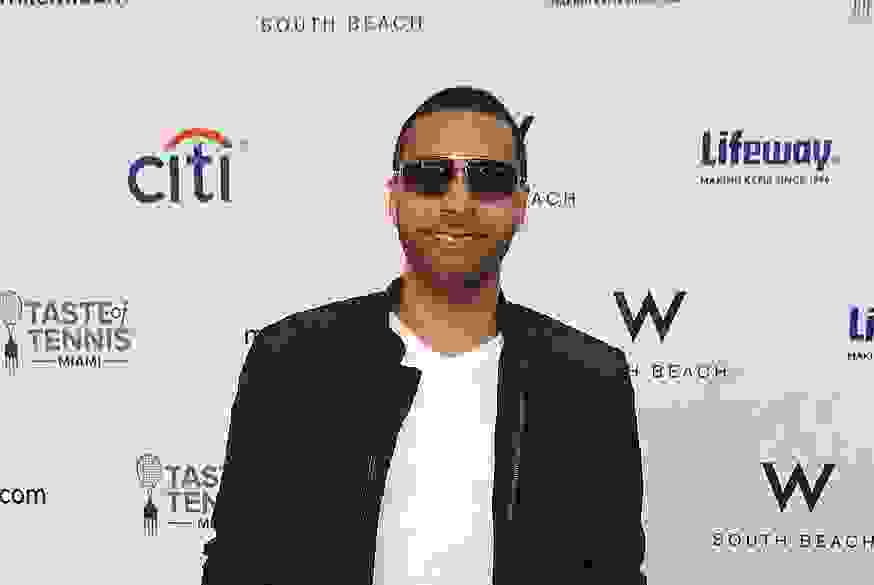 Citi Taste of Tennis in addition to numerous events globally.

Handsome, engaging and intelligent. The next James Bond.

Brands we have worked with & previous clients